The Pius XII Museum was christened with the name of the Pope who, at the time, ruled over the Catholic Church. It is yet another tribute to the pope who had a turbulent pontificate, and whose actions proved to be decisive at times.

Pope from 1939 and until the day he died, Eugénio Pacelli was Italian by birth, having followed his priestly vocation as a member of the Dominican Order.

In 1917, he was ordained Bishop and entered the Pope’s Curia, taking on the Apostolic Nunciature in Bavaria and Prussia. In the consistory of 1929 he was named Cardinal, and one year later was chosen for the important mission of Secretary of State. In 1939, a decisive year for the world, he was elected Pope, succeeding Pius XI.

Despite all the questions raised on the role he played in the Second World War, we now know that he consistently acted in a discreet manner, in the name of peace and in defence of the Christians who found themselves in danger.

During his papacy, 43 encyclical letters were published, eight processes of canonisation and five processes of beatification were completed.

In 1942, and following the request in the message of Fátima, Pius XII carried out the consecration of the world to the Immaculate Heart of Mary, proclaiming the dogma of the Assumption of Mary in 1950. He died on 9 October 1958, at the age of 82, after 19 years of pontificate. In 1965 his successor, Pope Paul VI, began his beatification and in 2009, Benedict XVI proclaimed him proclamou-o “Venerable“.

Given the demands of his mission, firstly in the context of the most horrible military conflict in the history of humanity and also submerged in the manipulative tension of the Cold War, Pope Pius XII ended up being subject to a particular affection within the Church, which in turn led to diverse tributes being made in his honour. The Pius XII Museum is an example of this, having opened its doors when Pius XII was still performing his duties.

In Braga, as well as at this Museum, Pope Pius XII was honoured with a statue in the Largo da Senhora-a-Branca, a work by sculptor Raul Xavier, with massive attendance at its official opening on 15 May 1957.

On the base of the statue, there is a justification for the tribute to the Pope who proclaimed the dogma of the Assumption and who was the “architect of peace and of a better world” in the demanding context of the Second World War.

In the Museum’s entrance hall there is a plaster replica of this statue. 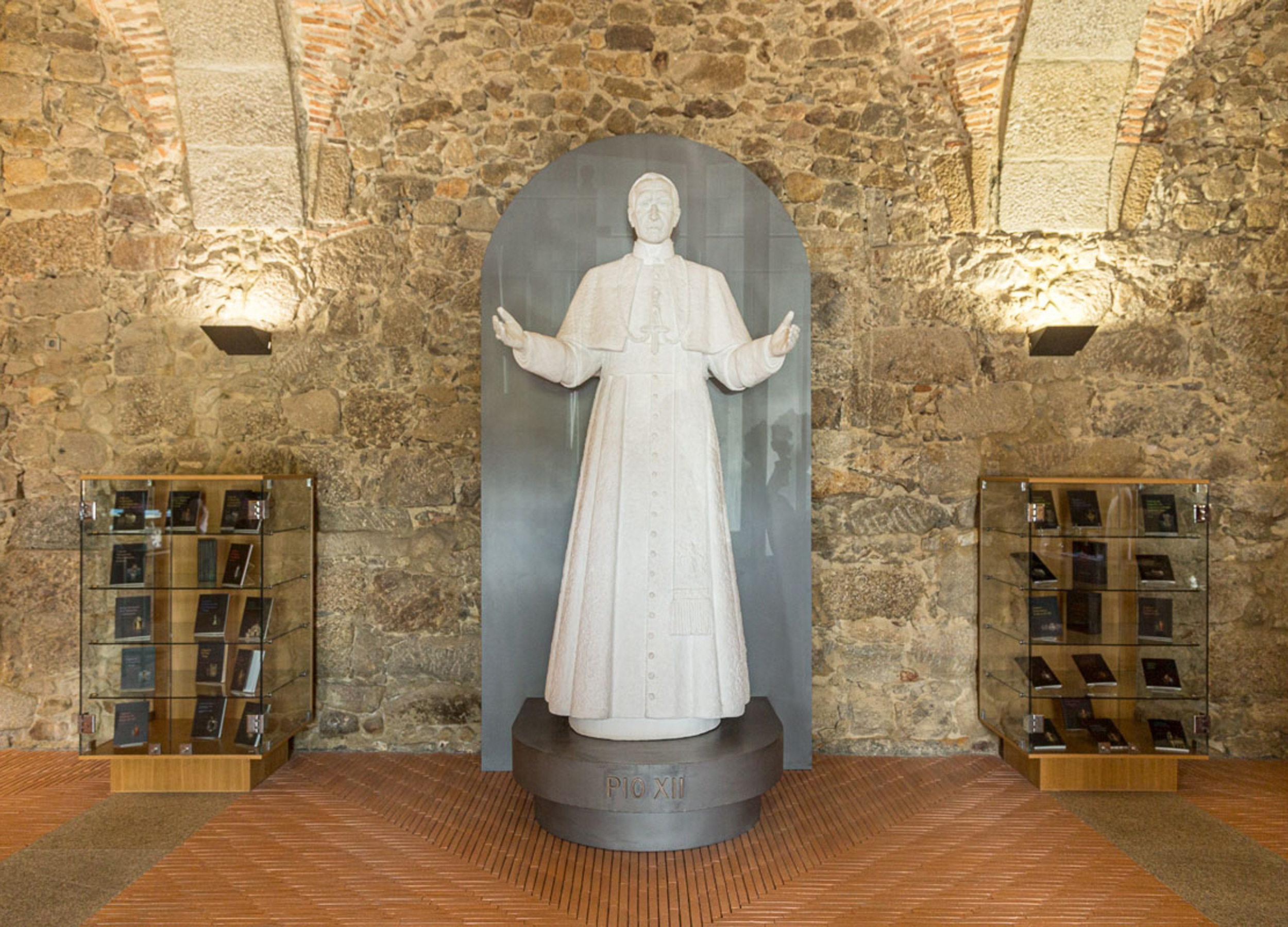 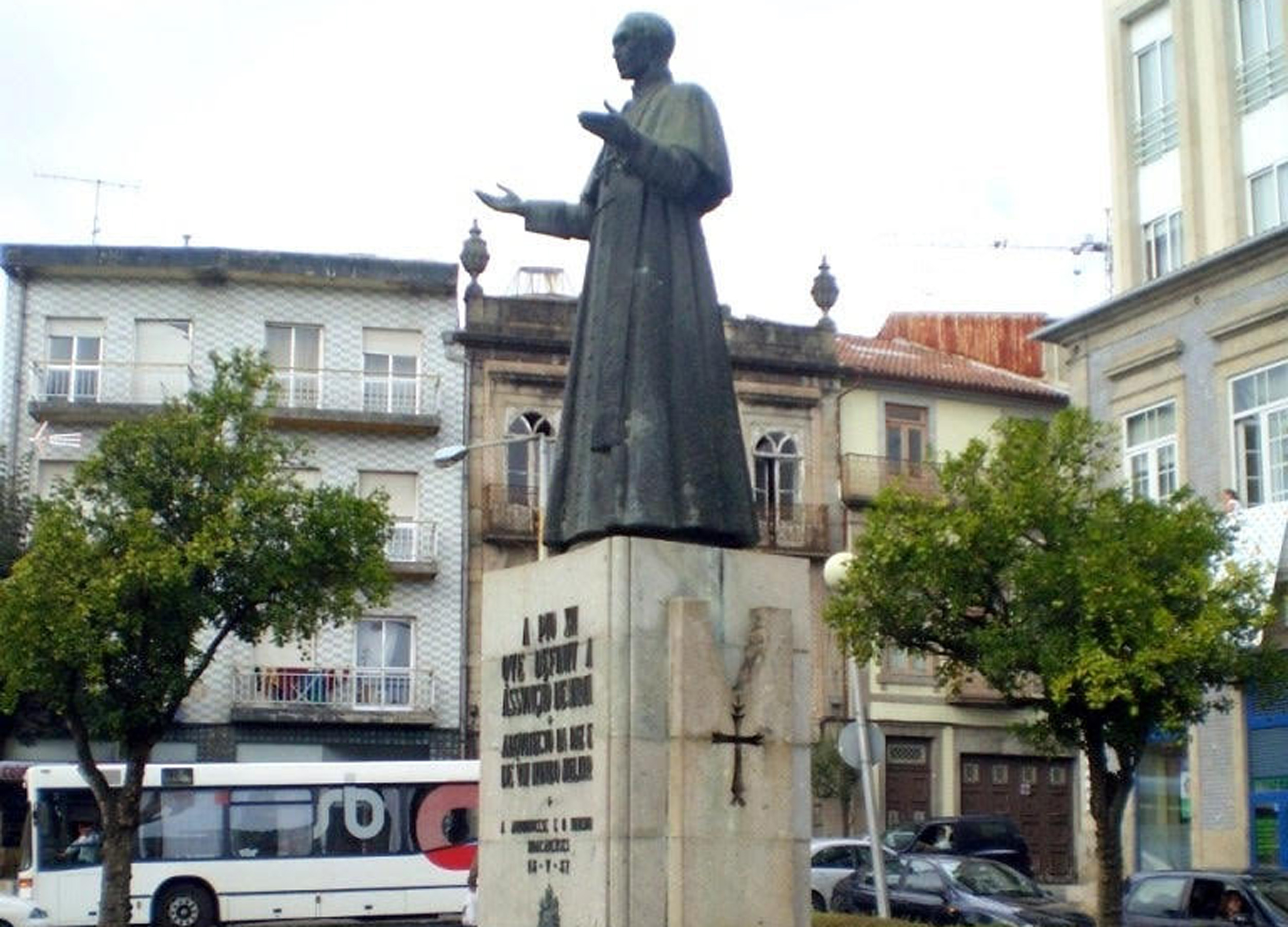 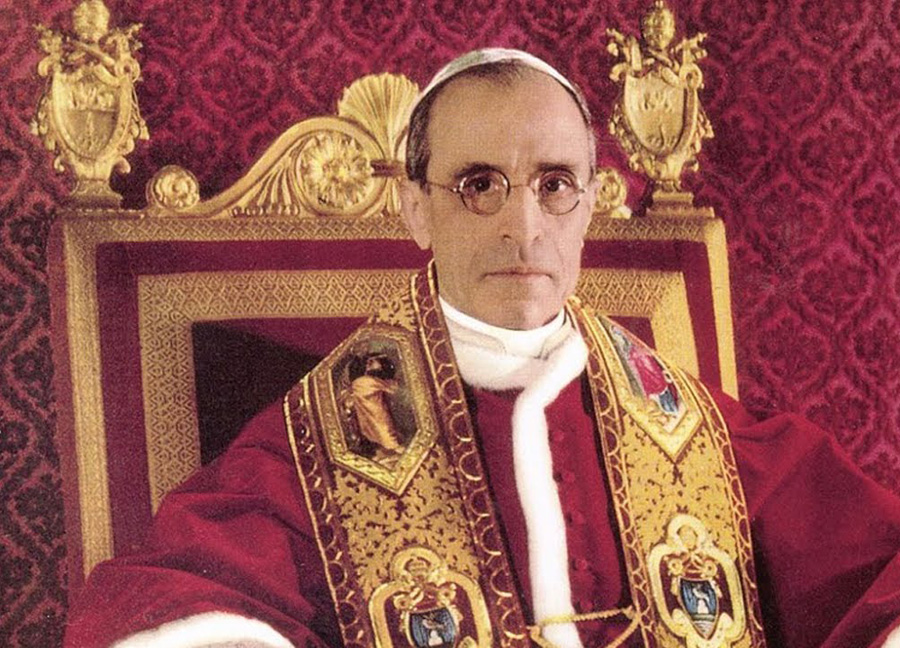