In 1982, as a result of friendships with the most important figures in the Archdiocese, artist Henrique Medina left a collection of 52 of his paintings and 21 of his drawings to the Church of Braga. Given the nature and value of the archive, it was decided to grant the collection its own home, and the Medina Museum was founded in another wing of the building.

Its doors opened on 21 June 1984 and it became the only museum space in the Minho region entirely dedicated to fine arts. Having survived the great renovation that the archdiocese museum spaces were subject to at the turn of the millennium, the Medina Museum reopened to the public on 5 December 2002. Benefiting from more modern exhibition conditions, it is now part of the Pius XII Museum circuit, which also includes the Medieval Tower of Santiago.

Located on the first floor of the building, the section dedicated to Henrique Medina is immediately impressive, with the perspective of the paintings displayed, authentic monuments on canvas.

Along with the collection bequeathed by the artist in 1982, the gallery has been enriched with new paintings, some for storage, others acquired through generous donations.

Henrique Medina de Barros was born in Porto in 1901 and is considered one of Portugal’s most celebrated portrait artists of the twentieth century.

He demonstrated innate talent as an artist from a young age. Brought up by his grandmother, he entered the school of Fine Arts in Porto at the age of 10. Seven years later, in Lisbon, he presented the portrait of Teodora Andresen, at the National Fine Arts Society, for which he received the 2nd medal. At 19, he went to Paris, where he gained admission to the “école des Beaux-Arts.” He stayed in the French capital for seven years.

The invitations he subsequently received would lead him to paint in England, Italy, Brazil, Argentina, Sweden, Denmark, the United States, Wales and Spain.

The extensive body of work he left includes diverse typologies; however, it was the portrait that earned him particular distinction. The artist had the opportunity to draw the portraits of distinguished members of national society, such as Marcelo Caetano, Oliveira Salazar, D. António Ferreira Gomes, Cardinal Cerejeira, Egas Moniz (winner of the Nobel Prize for Medicine), amongst other relevant figures.

Given his fame in the world of art, he was commissioned by prominent international figures in cultural, political and social spheres. Mussolini, General Justo, Charlie Chaplin, Mary Pickford, Linda Darnel, Pope John Paul II, princes Doménico Orsini and Giovanni Torlonia are just some of this illustrious list.

His success is a result of the undeniable quality of execution evident in his portraits, which display an accuracy that may be described as photographic. According to art critics, Henrique Medina kept realistic art alive in the twentieth century.

He put on several exhibitions in the famous “Salon des Artistes Français,” where he obtained an honourable mention, and was included in the Royal Academy’s “on the line,” in London. 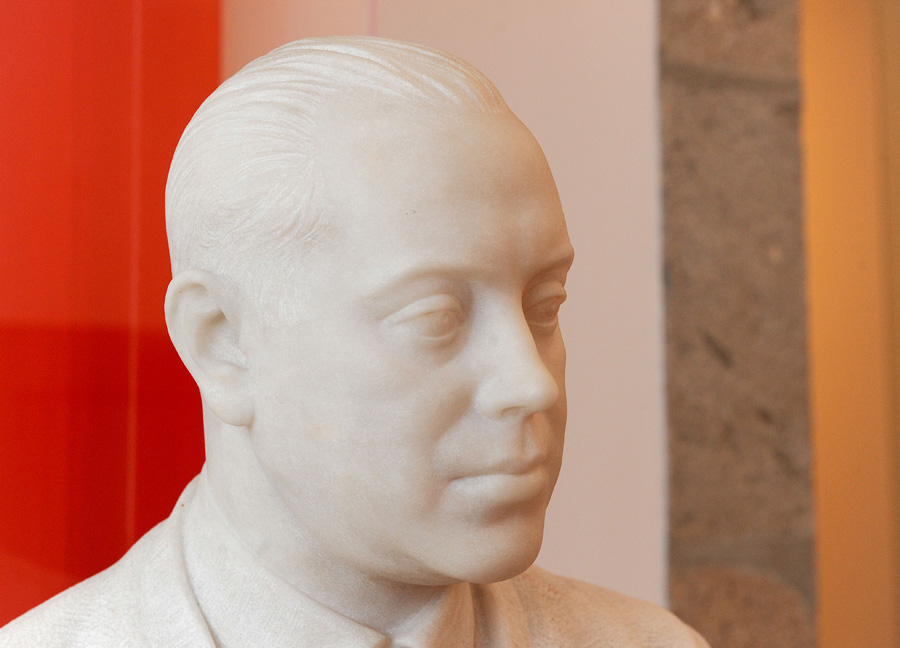 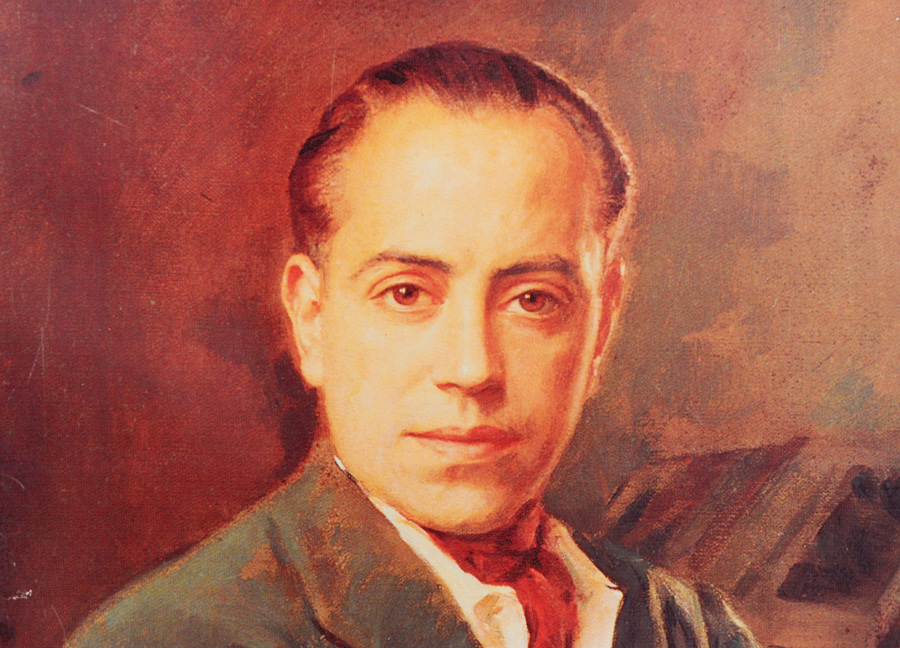 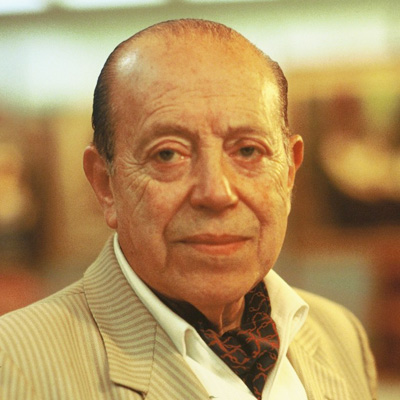 In Portugal, he received numerous tributes and commendations, the main ones being the Grande Oficialato of the Order of Saint James of the Sword (1969) and the Grand Cross of the Order of Prince Henry (1984), both awarded by the President of the Republic. At the young age of 38, he received Porto's Gold Medal of Honour (1939).

He died in Góios, Esposende, at his home, on 30 November 1988, a victim of sudden illness.

The Henrique Medina Gallery provides us with a broad perspective on the talent and work of the artist who many consider the best portrait artist of the twentieth century.

The works on display cover many of Medina’s different themes. The collection left to the Church of Braga mainly consists of still lifes, intimate settings, family members and landscapes. We often come across faces and panoramas from Minho, highlighting the strong links with the land of his roots. Azenha do Mirante, which was taken straight from the landscape in Antas (Esposende), is particularly impressive.

However, the exhibition gains further dimension and status from the various portraits, the artist’s speciality. You may be surprised by the magnificent portrait of Archbishop D. Eurico Dias Nogueira, and equally struck with admiration before the portrait of the King of Italy or the young girl from Minho softly clasping an apple. Nudes were also one of his most absorbing themes.

All in all, Medina is a lover of life and nature. And he lifts us to be fond of the world and, especially, the beauty of the human being, even more so when it is dressed in the sweetness, softness and beauty of the feminine.

Along with the multiple commendations and tributes he received, many of them still alive today, Henrique Medina retains another factor that makes him stand out among contemporary artists in Portugal.

The master from Porto is the most represented in the Gallery of Belém Palace, where the portraits of all eighteen Presidents of the Portuguese Republic are on display. Medina did five portraits, becoming the most cited painter, ahead of names like Columbano Bordalo Pinheiro, Luís Pinto Coelho or Júlio Pomar.

Taking into account the dates of the paintings, it is evident that only the portrait of President Óscar Carmona (1933) was completed during his actual term of office and that it might have been his decision, or his advisors’ decision, for Henrique Medina to paint the posthumous portraits of António José de Almeida (1932?) and Sidónio Pais (1937), and the portrait of Canto e Castro, dated 1933, which was almost a year before he died. The portrait of Admiral Américo Tomás is from 1957 and was done one year before he was elected President of the Republic. 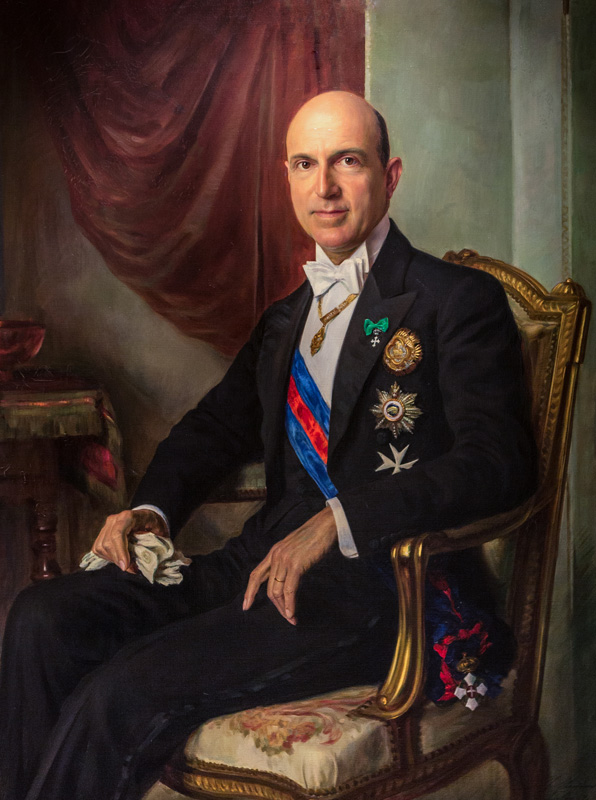 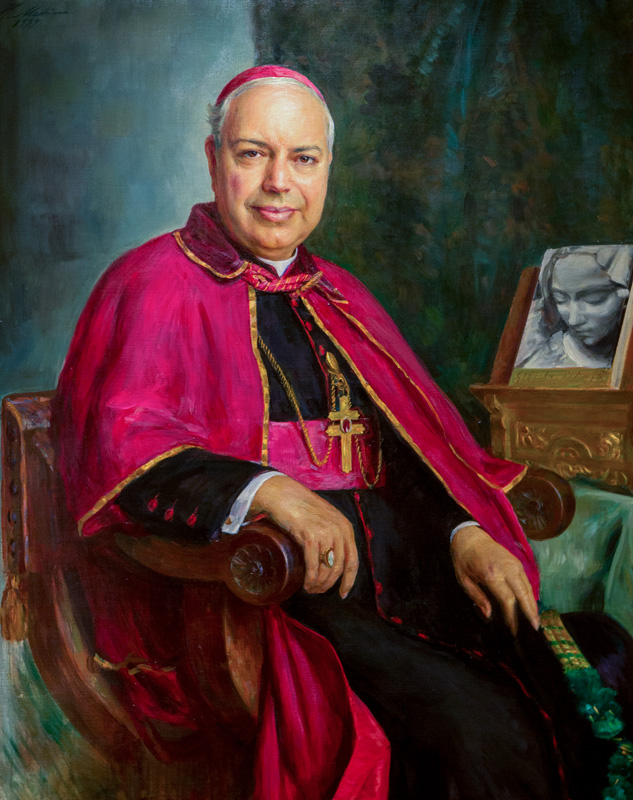 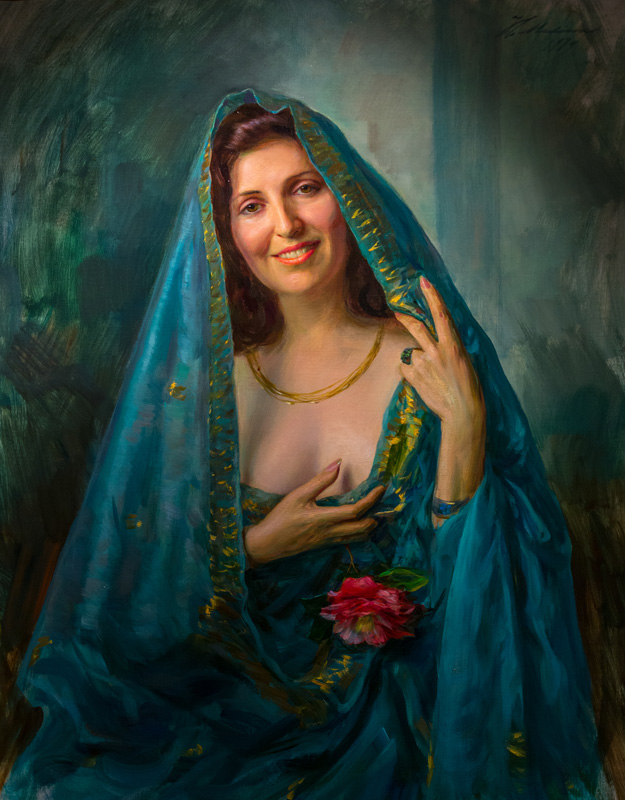 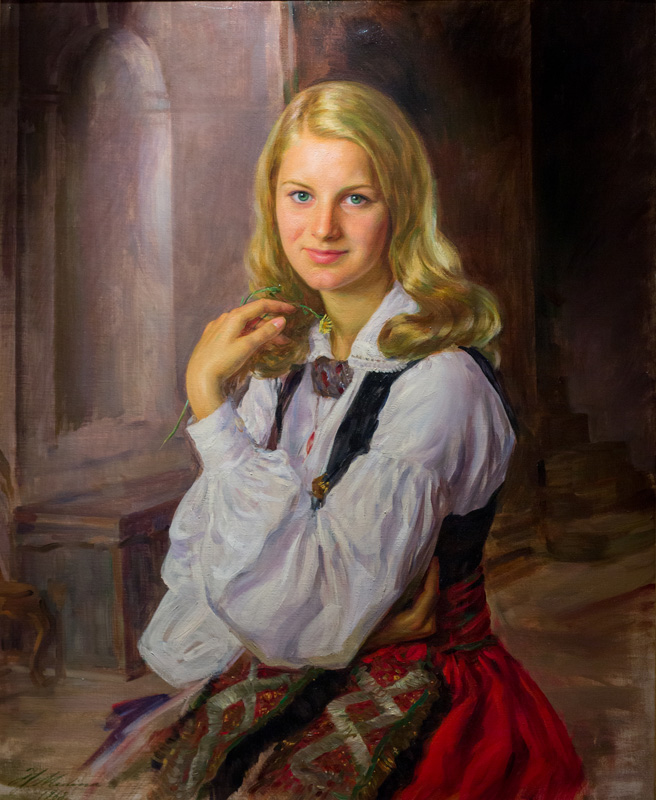 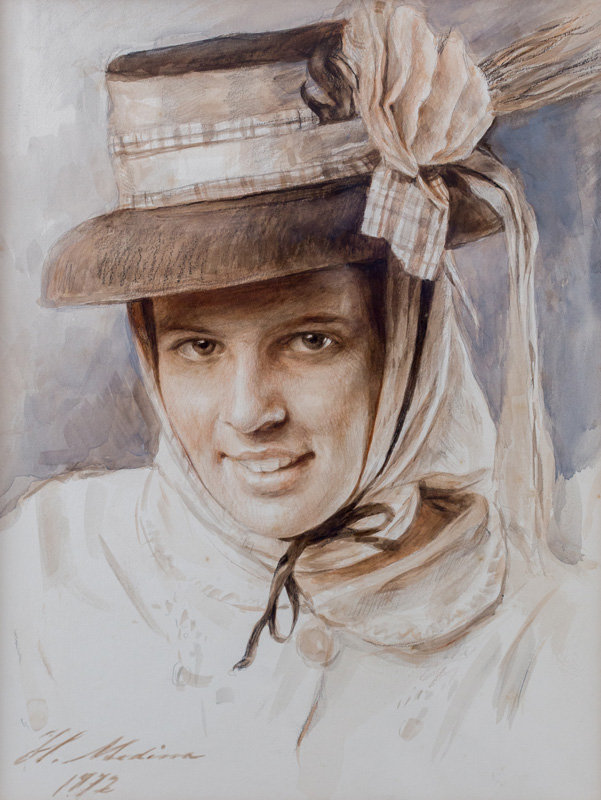 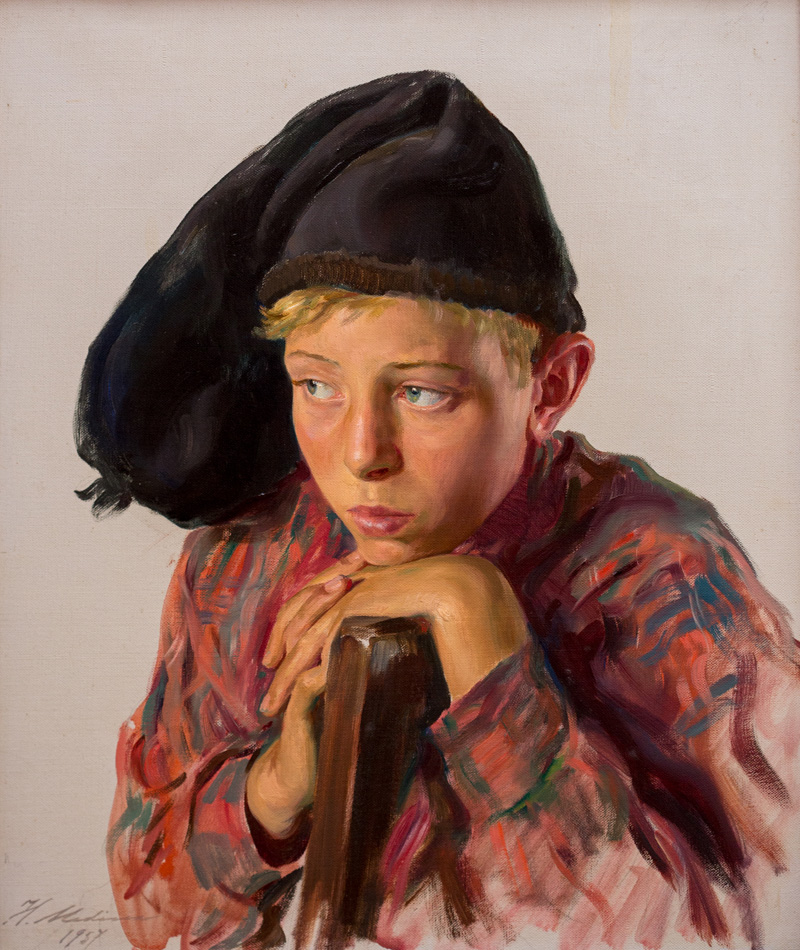 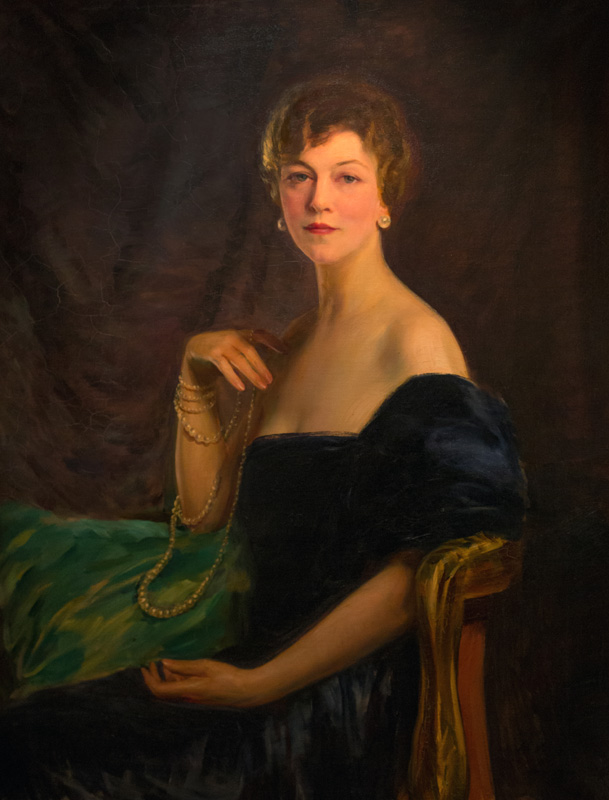 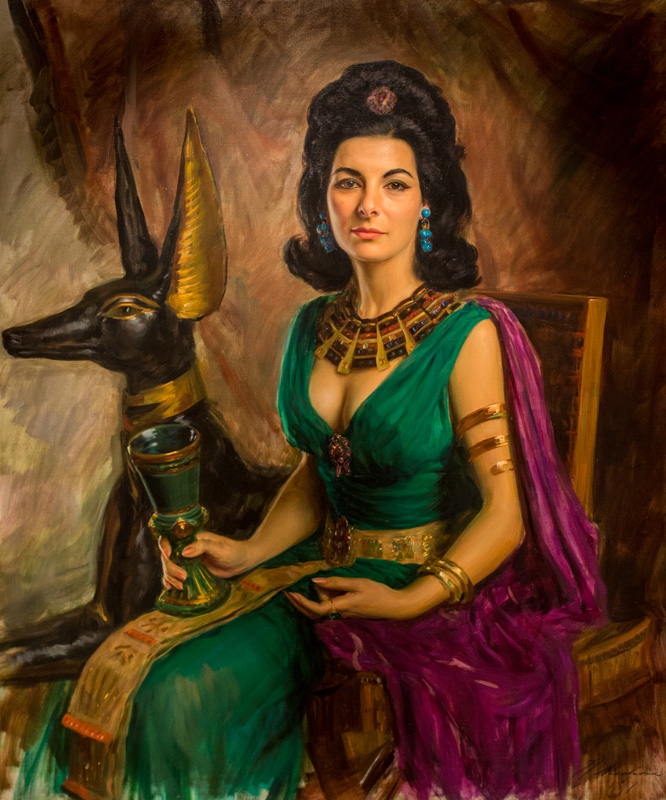