The Tower of Santiago is one of the Pius XII Museum’s exhibition rooms. With the entrance from the neighbouring Largo de São Paulo, this medieval building was part of the city of Braga’s defence circuit. Modified and reformulated over the centuries, it still has five floors, which have served for some temporary exhibitions held at the Pius XII Museum.

On the third floor, you can visit the oratory dedicated to Our Lady of the Tower, designed by André Soares, as a demonstration of gratefulness for the city being safe from the disastrous effects of the 1755 earthquake in Portugal, which destroyed the city of Lisbon.

On the top floor you can see the bell tower that was installed in 1721, and also make the most of one of the most beautiful panoramic views over the city of Braga, from 40 metres high.

The Tower of Santiago is one of the remaining buildings from the medieval citadel that was renovated by order of King D. Fernando from the year 1369. It owes its name to its location, a few metres away from the parish of Santiago da Cividade, established in the thirteenth century. At the time, the tower didn’t simply serve as a watch tower, it was also, in itself, one of the doors of the wall, by which people entered inside the tower (L shape), as it happens, for example, in many of the entrances to the city of Óbidos.

Even today, it is still possible to see some of the doors in the tower, as well as the original flooring, somewhat elevated in comparison to the current street level.

The tower, integrated after 1560 into the São Paulo School, was made taller in order to add bells and a clock. Later on, in 1721, it was renovated, the bell tower being built on the north face and the door moved to the side of the tower.

The oratory of Our Lady of the Tower had to be built into the current shape. Between 1879 and 1927 the city council tried, on several occasions, to have it demolished. In 2002, after the renovation of the Pius XII Museum, it was thoroughly restored. 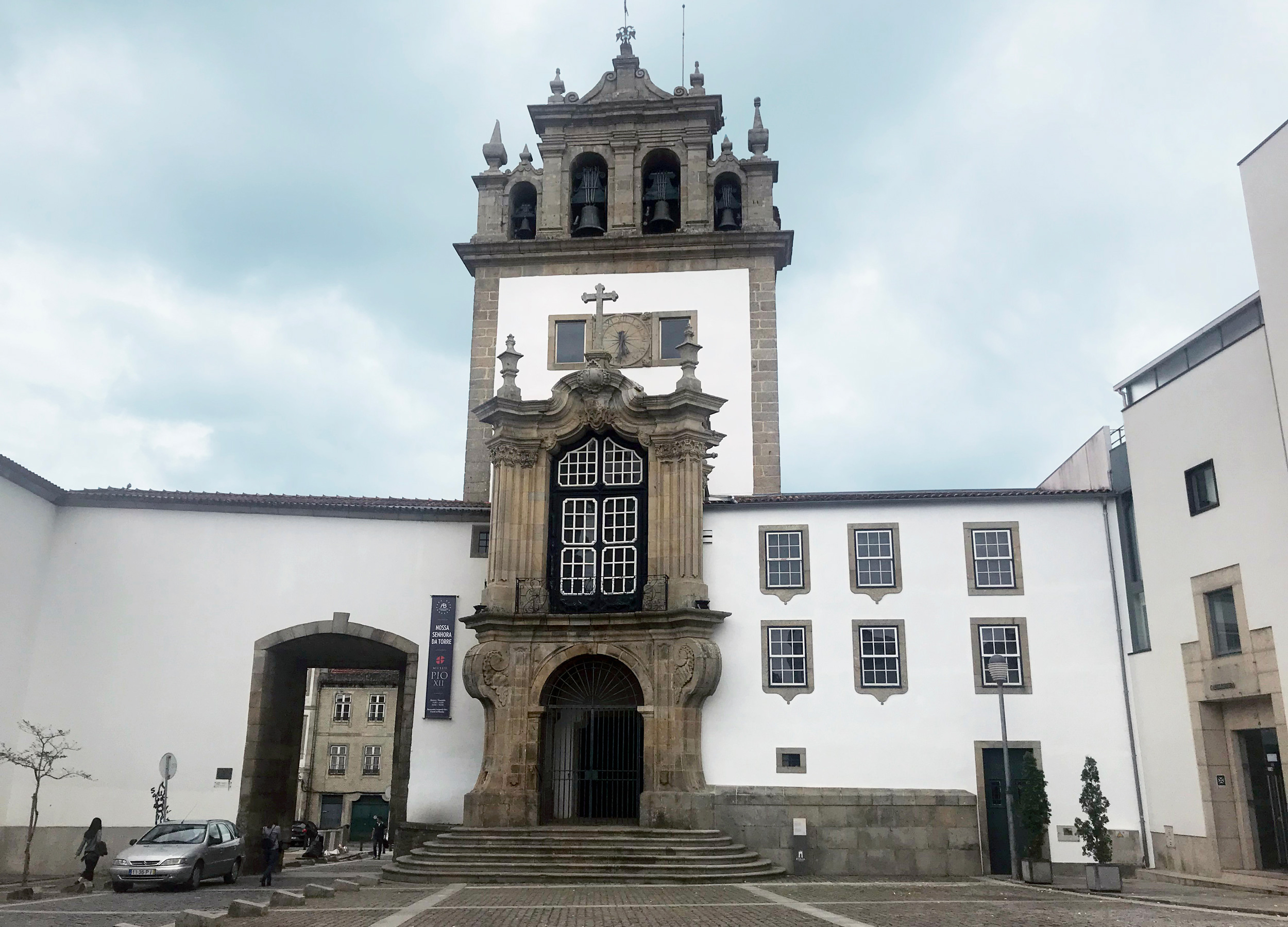